It is with immense pleasure that I can finally announce the availability of the first ever digital edition of Marshall McLuhan’s Understanding Media: The Extensions of Man, a book decades ahead of its time and many of its critics. 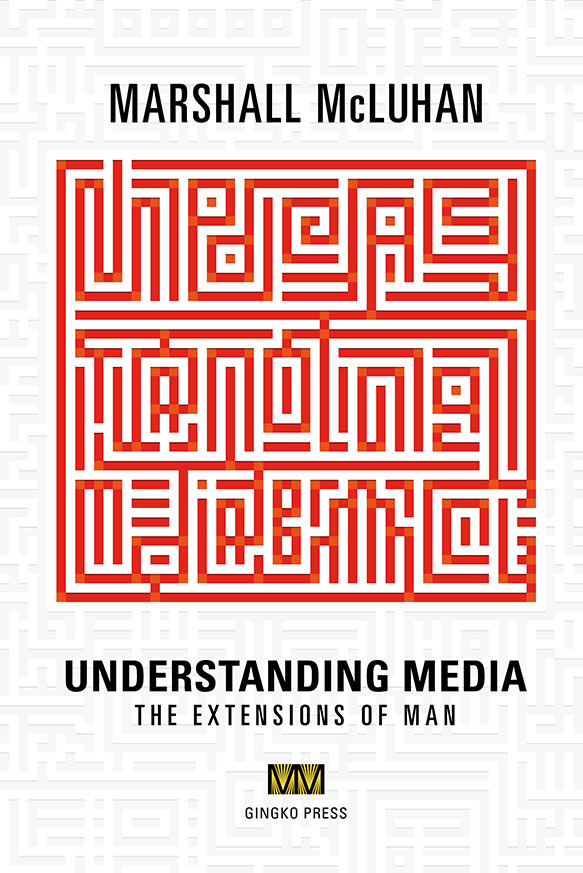 Suppose he is what he sounds like, the most important thinker since Newton, Darwin, Freud, Einstein, and Pavlov. What if he is right? — Tom Wolfe

While McLuhan may not have always been correct, that was never his aim. His intent was to probe, to ask more questions than provide answers, to encourage others to ask questions and not take anything for granted — to open their eyes to what was happening all around them. 50 years later, Understanding Media continues to give the world a lens through which to recognize patterns, to see the effects of our world and our technologies; to activate our survival instincts.

For me personally, this release occupies a particularly long journey prior to the 100th anniversary of McLuhan’s birth in the summer of 2011 and carries significant weight. It’s been months of patient encouragement and discussions between myself, the McLuhan Estate and publisher Gingko Press. It’s really only during the last six or so months that the stars aligned and the pieces came together.

Bringing such an important piece of writing to the digital world was something I insisted had to be done right. Many commercial eBooks have historically been assembled haphazardly through automated processes where quality is frequently sacrificed. Understanding Media deserved better, and in this case, the entire conversion process, starting from the digital files provided by Gingko Press, was completed carefully by hand for both ePub and Kindle (.mobi and KF8) formats.

Understanding Media: The Extensions of Man is now available for Kindle. The ePub edition for iBooks, Kobo, and Nook platforms will be available (we think) in about a week’s time.